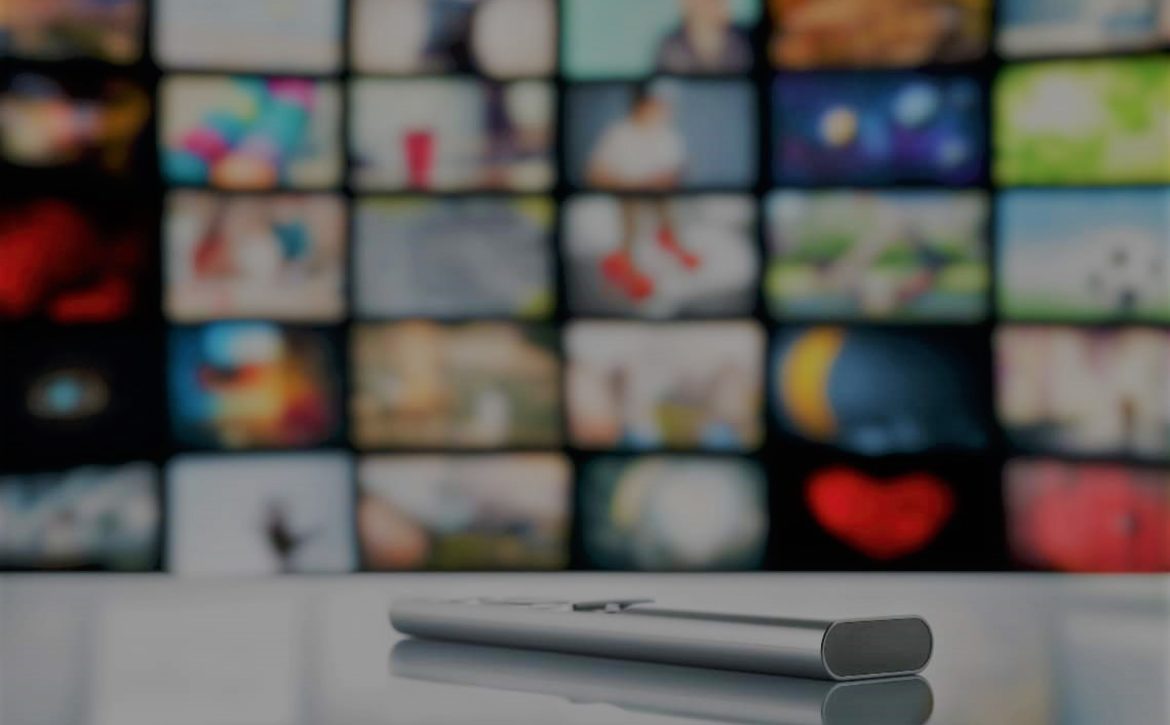 In today’s markets, the customer is at the top of the food chain. There are plenty of products which are your competitors as well as new ones being made. User opinions and reviews make or break a product and one of the industries where this is most apparent is gaming. A badly rated game has a direct correlation with the number of units of it sold. In comparing estimates of sales on Steam to aggregate review score averages, ArsTechnica found that better reviews do generally translate to more sales for games.

Sentiment analysis can be applied to all games, whether they’re successful or not, to improve them. It is a tool that can not only help you possibly fix your game, but by implementing it throughout your products’ lifecycles, you can improve the likelihood of success and overall quality.

Let’s say that you’re coming out with a new game. You’ve been working hard on it to ensure it’s what you imagined, and will be a hit with your audience. However, once it launches, it fails or just somehow, falls flat. You can think about why your game is failing but you might not be sure where the issues are. Sentiment analysis can help you with these problems.

What exactly is sentiment analysis, and why is it so important?

What is Sentiment Analysis?

Sentiment analysis is a powerful marketing tool that enables you to understand customer emotions. It detects positive or negative sentiments in text and is used to gauge brand reputation, gain insights on your customers’ needs, and see how your product is being received.

Sentiment analysis for video games involves tracking and analyzing real-time audience sentiments right from when a game is announced up till the present day. It uses Natural Language Processing (NLP) and Text Analysis techniques to highlight subjective information from text from your target audiences. It even anticipates your users’ actions. Sentiment analysis also monitors opinions for each individual aspect of the game ranging from the gameplay and graphics to the story, and more. Understanding what your users think can help you evolve your roadmap as needed to maximise success.

Gameopedia has created a detailed framework which takes the sentiments of not just customers, but also those of critics and influencers to provide a comprehensive view of the industry’s opinion of your game. This framework helps us track sentiments across various individual aspects of a game such as mechanics, audio design, and narrative.

How Sentiment Analysis Can Help Your Game:

Sentiment Analysis Throughout a Game’s Lifecycle

Sentiment analysis is a valuable tool because it can tell you what your audience thinks of your game right from when you announce it till date. This enables you to constantly improve and enhance it based on feedback which can drive up engagement and sales. Factors such as the quality of gameplay and narrative, how efficiently the game performs, the standard of graphics, the value for money it provides, and more are considered across the game’s lifecycle. Opinions for the aforementioned factors are derived from a variety of places such as critic and influencer reviews, user reviews, posts on social media and forums, and more. All of these taken into account can make your game significantly better. Let’s take a look at the game lifecycle and how sentiment analysis comes into play.

Planning and Pre-Production:
Using sentiment analysis during this stage can help you understand what game to make, what features to include, and ideate better. Competitor analysis is also something which you can do with sentiment analysis to see where your competitors are both winning and lacking and create content on that basis.

Announcement:
This can tell you whether the general idea of your game as well as the genres/ideas you have for it are received well or not. It can help improve the direction your game goes in.

Gameplay Footage Launch: Once you release footage of your game, look for sentiments about your gameplay breakdown. You can find out what your audience is hyped about or hates, be it world and audio design, character abilities, game mechanics, and more.

Game Launch: You would want to look for sentiments, positive or negative, about the game’s narrative, length, performance, gameplay, graphics, replay value, as well as any bugs or issues which might crop up so you can hot-fix or deal with them.

Post Game Launch: Once you’ve launched your game, you want to know whether your audience feels like it’s good value for money, as well as the overall opinion regarding it.

Updates/DLC Launches: Here you consider user and critic reviews and ratings apart from sentiments on social media and forums. You want to find out whether your new releases provide your customers with value for money, as well as what they feel about the quality of the releases.

Who Sentiment Analysis can Benefit

The Challenges Associated with Sentiment Analysis

The biggest challenge for a sentiment analysis tool is to find technology that can understand nuance. Things which machine learning and NLP might have trouble with are:

Gameopedia’s vision for sentiment analysis is a hybrid of Machine Learning (ML) and Natural Language Processing (NLP) technology and human insights. The first two will help pick up on positive and negative keywords in text as our tool analyzes content from social media, forums, reviews, and the like, while the latter can help with nuance and things like sarcasm to make sure our analysis is accurate.

Gameopedia’s vision for sentiment analysis is a hybrid of Machine Learning (ML) and Natural Language Processing (NLP) technology and human insights. The first two will help pick up on positive and negative keywords in text as our tool analyzes content from social media, forums, reviews, and the like, while the latter can help with nuance and things like sarcasm to make sure our analysis is accurate.

If you require sentiment analysis for your needs, Gameopedia can help you out. We combine the latest in AI, NLP, and human expertise to accurately measure consumer and critic sentiment across user reviews, social media, discussion boards, editorials, web stores, and more. Talk to our game data experts or email us at [email protected]

The Current Demand For Video Games

The COVID-19 pandemic has forced a lot of people to stay indoors. One pastime that has seen a spike in interest as a result of this forced isolation is video gaming. This sudden increase in the demand for video games has been a huge boon for the Video Game industry. The number of gamers have increased on all platforms, be it mobile, console, or PC. Video game publishers and stores have also reported rapid growth during this period. Even better, this growth has been observed across all sectors of gaming, ranging from the big AAA market to the niche Indie/AA market.

This growth has led to increased collaboration between large companies and smaller firms to tackle the rapidly changing trends in the video game ecosystem. 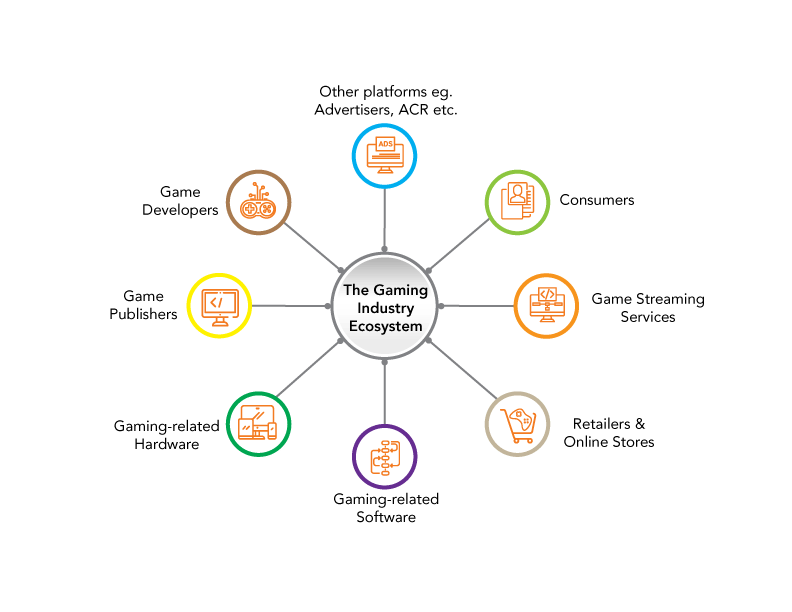 Traditionally, large companies find it a challenge to be agile when it comes to decision-making. Their policies are controlled by a huge leadership team, which in turn is influenced by the interests of the company’s investors and shareholders. As a result, bigger companies turn to outsourcing to adapt to changing trends. They partner with smaller, boutique firms that can provide them with various services at a fraction of what it would have cost to set up the same in-house. These smaller firms are focused on a very specific niche in the industry, such as Game Teardowns or Sentiment Analysis of game reviews. This sharp focus allows them to become subject matter experts faster than most large firms. This is just as true in the gaming ecosystem.

Let’s see why using niche firms is a more attractive proposition as compared to setting up a new business unit in-house:

While the gaming industry has been fortunate to come out strong during the pandemic, the world economy continues to remain uncertain. It is also riskier for large firms to take new initiatives in these unpredictable times. In such a period, it is beneficial for large firms to entrust niche companies in the gaming ecosystem to help them adapt to the changing trends, instead of trying to develop new in-house capabilities from scratch.

Gameopedia is one such provider of niche solutions in the gaming industry amidst the video game ecosystem. For more than a decade, we have been building our expertise in providing game metadata, recommendations, and insights, which makes us the top choice for meeting these niche services. We offer a wide range of solutions in the gaming ecosystem that cater to various companies. Interested in what we have to offer? Reach out to us to learn more about our service offerings.