Cloud Gaming: The Past, The Present And The Future | Gameopedia
18 FebruaryCloud GamingVideo Games

Cloud Gaming: Is it the Future?

As a result of the pandemic, video games shot up in popularity as a way of entertainment during the lockdowns. COVID helped propel U.S. video game sales to a record $56.9 billion in 2020, a massive 27% increase over the previous year. Video games are constantly evolving in terms of graphics, mechanics, and more. They progressively require better computer specifications to run properly. It’s unlikely that you’ll be able to run a game made in 2021 on a PC you got in the 2000s, unless you’ve significantly upgraded your rig. Cloud gaming seems to be an increasingly viable solution to this issue. But what exactly is it?

When you usually play games, you download the game or (increasingly rarely) play it off a disc. The way your game looks and runs depends upon your device’s processor and graphics card. With cloud gaming, you stream the game as a series of compressed video frames which react to your input. The game is running on a remote server that bears all the processing load instead of your system. When you press a key for your character to move forward, this input gets sent to this server which tells the game what you pressed, then sends you a new video frame which shows you the result of your action.

The cloud gaming idea has been around for a decade or two, but has become a serious contender as of late. With the continuous difficulty customers are facing in securing state-of-the-art gaming hardware such as graphic cards, processors, and consoles, it is growing increasingly attractive as an alternative and was estimated to be a $1.5 billion industry in 2021. Current mainstream cloud gaming services include console cloud gaming services PlayStation Now and Xbox Cloud Gaming, as well as Amazon Luna and Nvidia’s GeForce Now. Google has also committed to bringing at least 100 new games to their cloud service Stadia by the end of 2022.

The future only seems brighter as cloud gaming is expected to expand at a compound annual growth rate (CAGR) of 48.2% from 2021 to 2027.

Cloud Gaming Platforms: These are the services and content providers which let you play games on their servers and devices and provide you with the stream across the internet. They also provide games, game bundles, and subscription passes to users.  They include the likes of Google Stadia, GeForce Now, Playstation Now, and Xbox Game Pass.

Game Developers and Publishers: They make and publish the video games provided by content services. Examples are Activision, Tencent, and Ubisoft.

Internet Service Providers: An integral part of a successful gaming experience on the cloud is high-quality internet access. Examples include Xfinity, Comcast, and Verizon.

The History of Cloud Gaming

The first demonstration of cloud gaming technology was by startup G-cluster (short for Game Cluster), which introduced its product at the 2000 E3, and released around 2003. In their initial model around 2005, G-cluster offered PC games that ran on their servers. They used service and software providers to help their service reach network operators, and then offered the games through portals to customers.

In 2010, with improvements in data, video compression, and smartphone capabilities, the potential for gaming on the cloud rose. Services like OnLive and Gaikai were announced around this time. OnLive had acquired some support from large publishers like Ubisoft, 2K Games and THQ but they found it difficult to get other publishers onboard as they were wary of the subscription price model. Gaikai was acquired by Sony Computer Entertainment in July 2012 for $340 million, and by October 2012, was offering PlayStation games on the cloud. Ultimately, the technology behind Gaikai was used as the foundation for PlayStation Now, first introduced in 2014. OnLive meanwhile never made a profit and was acquired by OL2. After that failed as well, OnLive and OL2’s intellectual property was acquired by Sony Computer Entertainment in April 2015, then shut down in a month. The acquisition of both Gaikai and OnLive’s intellectual property gave Sony access to a range of patents covering cloud gaming.

At the Game Developers Conference in 2019, Google officially announced its cloud gaming service Stadia, which launched on November 19 of that year. In April 2020, Google removed the entry fee for the Stadia cloud service, thus making video games available to users for free.

Amazon introduced its own cloud service Luna in September 2020. Games on the service will be offered via a channel-style subscription service, with Amazon’s own games and those from Ubisoft available at the service’s launch. One of the most recent updates in the history of cloud gaming was in October 2021, when NVIDIA announced its next-generation cloud gaming platform — delivering GeForce RTX 3080-class gaming on GeForce NOW™ — available exclusively in a new, high-performance membership tier.

Samsung also officially announced its new game streaming discovery platform, Gaming Hub for their range of Smart TVs, at CES 2022. Gaming Hub is essentially a new software platform that brings other gaming streaming platforms together in the same place, while offering gamers suggestions and ways to discover new content.

Why Cloud Gaming is Increasingly Attractive

Impediments to the Success of Cloud Gaming

While cloud gaming comes with several advantages, it does face some challenges as well. Let’s look at some of them.

1. The quality of your cloud gaming experience depends considerably upon the speed and bandwidth of your internet connection. Access to high quality internet is still a pressing issue in several countries and is arguably the biggest obstacle to gaming on the cloud.

2. The gameplay ‘video’ you receive from a cloud-gaming service is compressed, thus it won’t be as sharp and high-detail as what could be rendered by a high-end gaming PC. However, the compressed video you receive may look better than a game rendered at lower detail locally.

3. Cloud gaming services require a large amount of bandwidth. If you have bandwidth caps on your Internet connection, this could be a serious problem. If everyone played games using cloud services, bandwidth usage would increase dramatically.

The Future of Cloud Gaming

Cloud gaming is still very much in its infancy. That said, many players around the world are already seeing the benefits of cloud gaming and rallying around it as their favorite way to play. For this group, the future of cloud gaming is bright and it is already a viable gaming solution as a result of better access to high-quality internet globally. There are also developers like Mainframe planning to make cloud-native games which will help make the cloud more popular. They’ve raised $22.9 million to develop cloud-native games in November 2021. An increase in partnerships between cloud gaming platforms and game developers and publishers will also lead to the industry thriving.

A proposed method to improve game streaming’s scalability is adaptive graphics processing unit (GPU) resource scheduling. Most cloud gaming providers are using dedicated GPUs for each person playing a game. This leads to the best performance but can waste resources. New resource management algorithms have been developed that can allow up to 90% of the GPU’s original power to be utilized even while being split among many users. Another idea is predicting the gamer’s input to try and reduce latency using algorithms. Stadia’s head of engineering Majd Bakar foresaw the future possibility of using such a concept to “reduce latency to the point where it’s basically nonexistent”, and called this concept “negative latency”.

Either way, the future of cloud gaming and the cloud-gaming ecosystem seems bright.

Indie Games: Everything You Need to Know 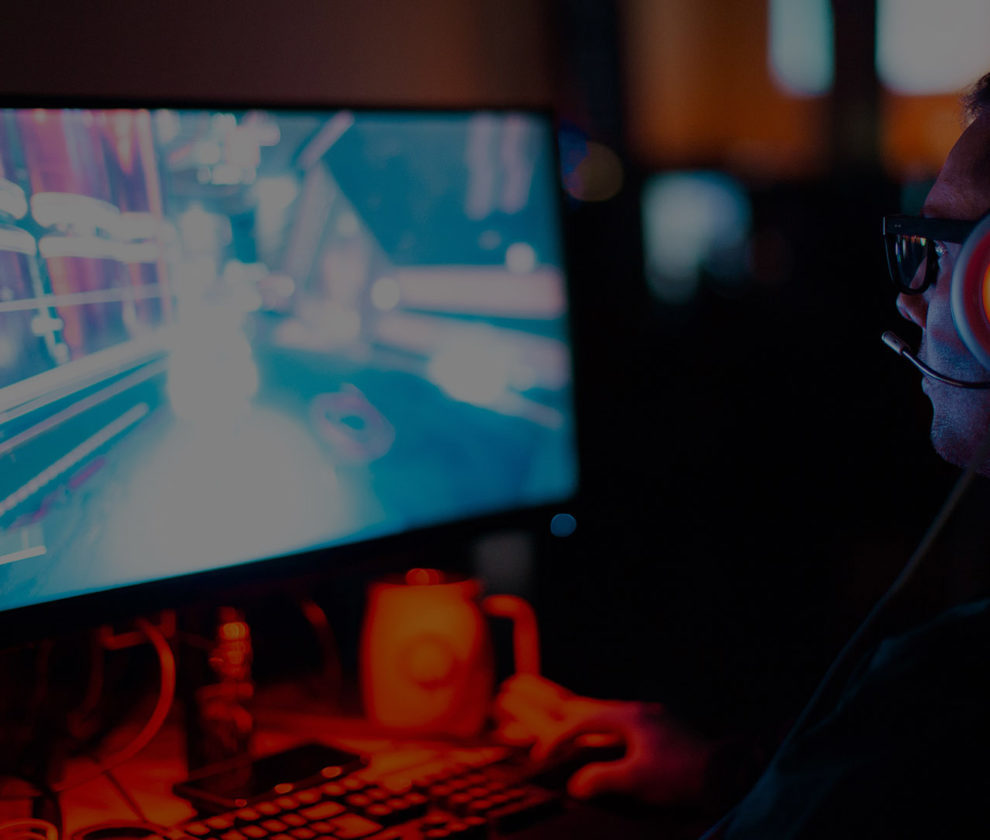 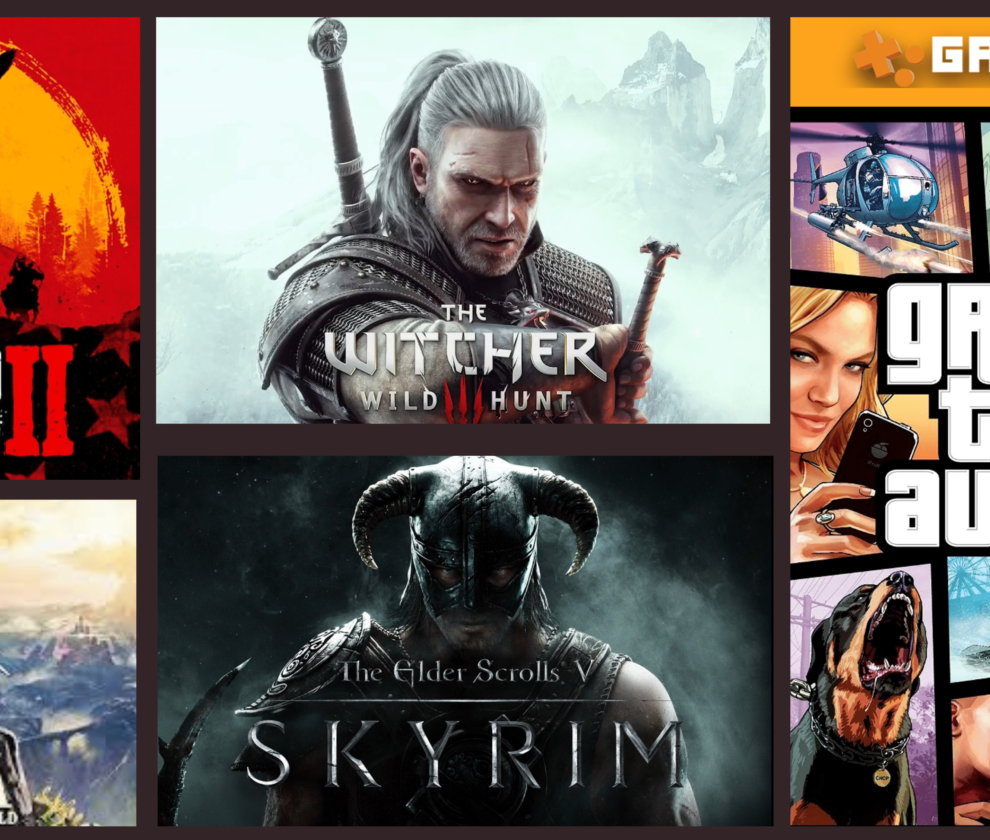 An Introduction to Open World Games