The video games industry is one of the fastest growing sectors in today’s world. Those who play video games tend to be some of the most enthusiastic and loyal customers when it comes to the games they love, as well as the most discerning. This sort of audience requires e-commerce stores who are looking to sell video games and associated merchandise to give them three things:

The gaming sector has been consistently growing over the last two decades, and is one of the few industries that has thrived during the pandemic. People stuck at home found video games a wonderful escape into a virtual, fun reality, leading to a 20% YoY growth from 2019. The market reached over $179 billion in global revenue, and it’s not slowing down. Another result of the pandemic is that bigger and bigger slices of this pie are moving online. Gaming marketplaces like Steam, GOG, and Epic Games, to name a few, are experiencing meteoric growth, demonstrating the increased comfort gamers have with e-commerce services.

Challenges That E-commerce Businesses Contend With

Video game e-commerce retailers deal with quite a few obstacles when it comes to increasing sales. Some of these are:

Acquiring new customers costs three to five times more than keeping your existing ones. If your checkout processes aren’t easy and your website format is unattractive and hard to navigate, it’s unlikely that your customers will return or even stay on your site long enough to buy something.

There are so many video game e-commerce portals out there right now, ranging from giants like Steam and Epic Games Store to smaller entities, as well as game developers and publishers directly selling their game. You need to figure out how to set yourself apart from your competitors who offer similar services or products.

If your technology is outdated or hard to use, it will limit your ability to sell. Whether it is your website or app, your billing solution, or any other feature, it has to be simple to use. Secondly, you need to be able to manage data security to ensure your customers’ confidential data is safe, as well as make sure your website’s functioning isn’t affected. If your data gets hacked, it will lead to a loss of trust.

To ensure that your products are easily discoverable by your customers, it’s important that their specifications, related media, tags, and the like displayed are accurate and contain relevant information. This data should be periodically updated as needed.

When it comes to ensuring that your customers discover your products and services though, one of the most important factors is video game information/metadata.

Why Is Video Game Information Important In E-commerce

In our blog about video game metadata, we took a deep dive into what exactly metadata for video games is, as well as the different parties which need it. To quickly recap, gaming metadata is any information that gives the reader insight into the game. Everybody that is a part of the gaming ecosystem, from the retailer to the consumer, uses game metadata at some level.

With an exhaustive game metadata repository, you get access to descriptive tags and information, facts, and media that provide an in-depth understanding of the gaming product or service you are offering. This allows you to improve customer retention, engagement, and sales.

The format in which video game information is presented for a particular gaming product and how it is used can vary depending on the requirement, though there are some fields which most retailers/consumers need. These include:

The title is the official game name in a particular region.

Alternate Title covers unofficial or common titles associated with a game such as abbreviations.

Developers are the studio, organization, or people that are responsible for creating the video game.

Publishers are the entity that is responsible for publishing the video game in a particular region.

This is the official description or blurb of the game released by the developer/publisher.

The official age ratings and descriptors for a game released by the competent authority in a particular region on a particular platform.

Reviews from major editorials about the game.

Platforms the game has released on

Platform information tells consumers what platforms the game is playable on.

The game’s release date in a particular region.

Official Barcodes of the game in a particular region.

SKU Number (From the store)

A SKU number is assigned to a product in order to identify specific information. It  stands for “Stock Keeping Unit” and is a code used to differentiate products typically by an alphanumeric combination of 8-or-so characters.

Screenshot captures from within the game which can showcase its setting, characters, and gameplay for consumers to see.

Various gameplay and cinematic trailers released officially for the game.

Gameplay videos are captures of the actual gameplay featuring its mechanics, artwork, graphics, music, and the like to show players in detail what they can expect.

This is the cover a hardcopy of a game can come in.

This category describes the defining Genre of a game, which is a term that summarizes the core gameplay concepts and elements present within. A video game genre is assigned to a video game based solely on its gameplay, and not the story, narrative, or lore.

This covers whether the game can be played in single player or multiplayer, as well as the type of multiplayer (if a multiplayer mode is available.)

A video game perspective defines the orientation, position, and angle of the player’s viewpoint of the game. The Main Perspective refers to the perspective that is used most frequently through the game and most if not all of the game is presented to the player in this perspective.

This mentions the gameplay engine used to build the game.

The Theme of a video game broadly covers what the game is about. This section details the central theme of the game. A game may have more than one applicable theme.

Cross play compatibility refers to if users from different platforms such as PC, console, and mobile can play together in a session, as well as gives details about this.

Community data covers things such as how many hours a gamer spent playing a particular game, the number of achievements they unlocked, the amount of progress, and other such factors.

These are achievements which a user can garner within the video game, such as high scores and completionist trophies.

These are relations the game might have to other games or gaming products such as prequels, sequels, DLCs, and expansion packs, to name a few.

We’ve established the importance of metadata for video games with respect to maximizing how your customers engage with your products and services. Here are some best practices which can help ensure that you’re utilizing the metadata you have optimally:

1. Have a well-defined strategy:

It helps to have a plan before you start out on incorporating metadata into your future projects. An important question you can ask yourself as you start is what your use cases are for metadata. If your main interest is selling video game console/PC games online, ensure you plan to maximize their visibility and reach with well-defined metadata.

This will help you align your metadata strategy to your business goals and identify important activities.

2. Figure out the scope for your metadata:

In order to focus your resources effectively, you need to analyze both current and future use cases for your gaming metadata. Based on this, you will know the requirements for your web pages and when you’re articulating a solution, you need to specify exactly how you will be doing so: how you will be capturing metadata, integrating it with your page, publishing it, and so on. This will drastically improve product discoverability on your video game e-commerce website or application.

3. Get your metadata from a reliable source and avoid crowdsourcing:

When it comes to obtaining your game-related metadata, the most commonly utilized method, crowdsourcing, often results in poor quality information. It’s easier for details to be incorrect or missed out on without expert curation and strict quality control. With a company like Gameopedia though, any metadata we provide you is run through multiple checks for quality and accuracy, ensuring the final data we give you is error-free.

4. Localize Metadata for the regions you’re selling in:

Quite often, video game information in various regions tend to differ from one another. This could be the game’s title, protagonist names, publishers, release date or other details. Ensuring your metadata is localized and updated for consumers is integral to a game’s discoverability. It can also boost sales on your gaming e-commerce website or portal drastically. Gameopedia has you covered here with extensive localized video game metadata coverage across four continents.

5. Optimize your E-commerce Portal to leverage metadata for Discoverability:

While this isn’t directly related to metadata, it ties in with management and can be used to ensure that as a video game retailer, your customers can find and buy the games they want. Some tips which can help make your website or portal optimal for your consumers are:

-Your customers should ideally be able to navigate to any page on your website in 3 clicks. Include genre categories as a side bar and a clearly visible navigation bar.
-Incorporating detailed video game information through metadata for every one of your available products is essential for delivering effective and relevant search results. Account for typos and misspellings while doing this.
-Implement cross-selling and upselling as much as you can in your website pages. If you see a customer interested in one particular game of a franchise, ensure that your website suggests deals related to not just that game but other ones from the series. Add games or products that are in-demand and trending to your home page.

Metadata management is a continuous activity which needs to be scaled with your organization. The sooner you can incorporate a process to go about it, the easier it will be for your team in the future. Make sure you conduct regular audits to help identify both problems and areas where improvements can be made.

Comprehensive and high quality video game metadata can massively improve discoverability, user engagement, and conversions, helping you capture a larger share of the consumer market. Reach out to us for industry leading video game information for over 180,000 games, spanning across 200 platforms for four continents. 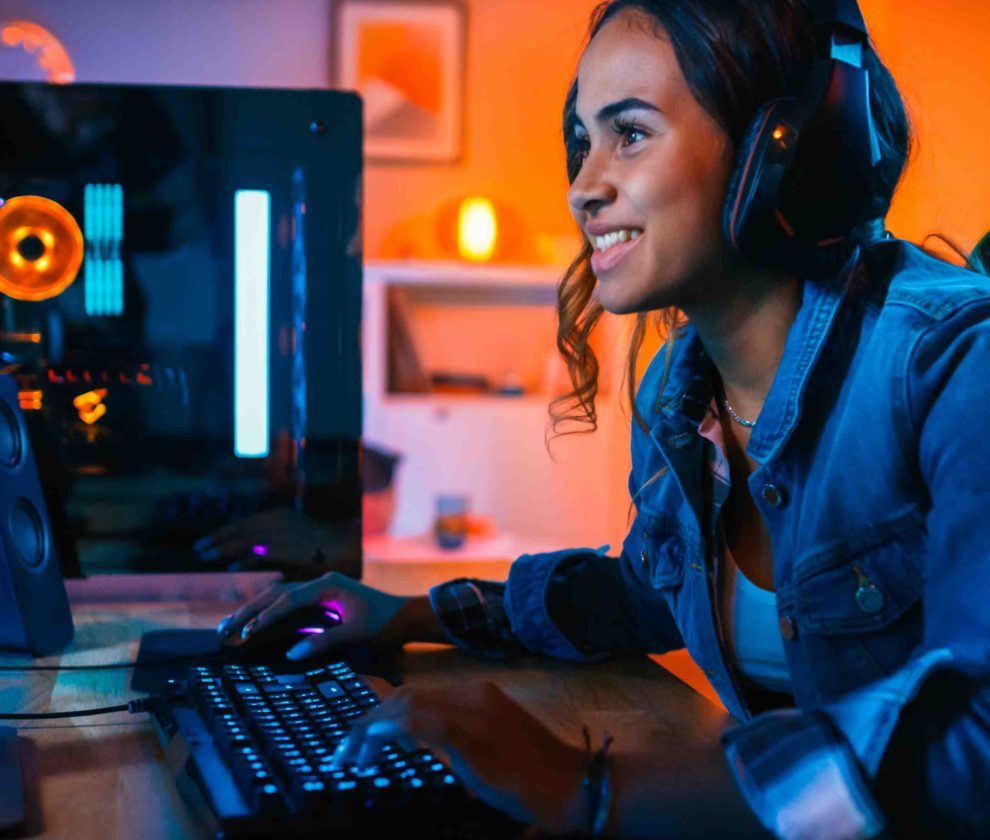 The Urgent Need For A New Game Taxonomy In 2021

This website uses cookies to improve your experience while you navigate through the website. Out of these cookies, the cookies that are categorized as necessary are stored on your browser as they are essential for the working of basic functionalities of the website. We also use third-party cookies that help us analyze and understand how you use this website. These cookies will be stored in your browser only with your consent. You also have the option to opt-out of these cookies. But opting out of some of these cookies may have an effect on your browsing experience.
Necessary Always Enabled
Necessary cookies are absolutely essential for the website to function properly. This category only includes cookies that ensures basic functionalities and security features of the website. These cookies do not store any personal information.
Non-necessary
Any cookies that may not be particularly necessary for the website to function and is used specifically to collect user personal data via analytics, ads, other embedded contents are termed as non-necessary cookies. It is mandatory to procure user consent prior to running these cookies on your website.
SAVE & ACCEPT